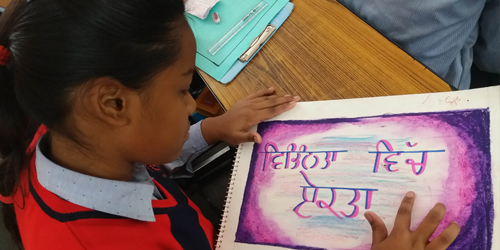 International Mother Language Day (IMLD) is a worldwide annual observance held on 21st February to promote awareness of linguistic and cultural diversity along with multilingualism. It was first announced by UNESCO on 17th December, 1999; but was formally recognized by the United Nations General Assembly in a resolution establishing 2008 as the International Year of Languages.

On account of the same, our school also celebrated –‘The Matribhasha Divas’. Following is the curriculum of the same :-